I spent two weeks travelling through northern Azerbaijan, covering just over 600km of cycling. From the Georgian-Azeri border to Baku I cycled with Daniel, a long-distance Dorset-born cyclist who is aiming for New Zealand. 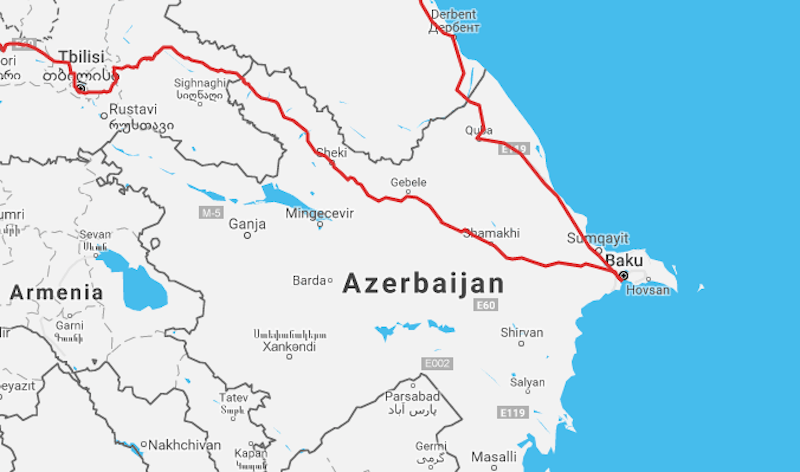 The night before meeting Dan, I was sat next to my tent in a field enjoying a calm evening – vegetables and buckwheat in hand – looking around for my fuel so I could make dinner. It dawned on me that I had forgotten to buy fuel for my Trangia cooking stove. Sigh. I’m usually too lazy to light a fire for cooking, but turns out when you’re hungry you’ll make the effort! 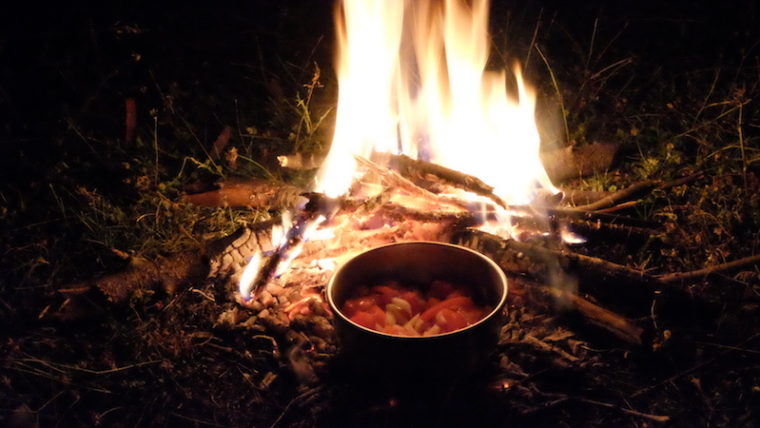 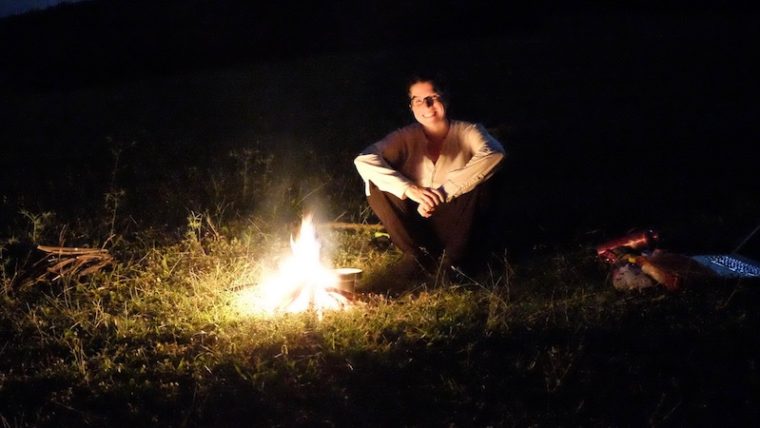 After fending off hunger for another day, I fell asleep in the calm evening warmth, thinking about how lucky I was to be living this outdoor existence. I was woken a few hours later by a torrential downpour, thunder storm and half my tent trying to fold in on itself. I dashed outside in my pants and raincoat in the unexpected tempest to hammer in the storm pegs and to stare mesmerised at the continuous flashing that was lighting up the valley. The next day – dishevelled, muddy and hungry – I stumbled into the town of Lagodekhi. Yet again, the rollercoaster adventure was to take an unexpected turn. In this border town, I ran into the fresh-faced Daniel from the UK, an open-hearted and bright-eyed touring cyclist. We crossed the Georgian-Azeri border together and set up camp next to a river. 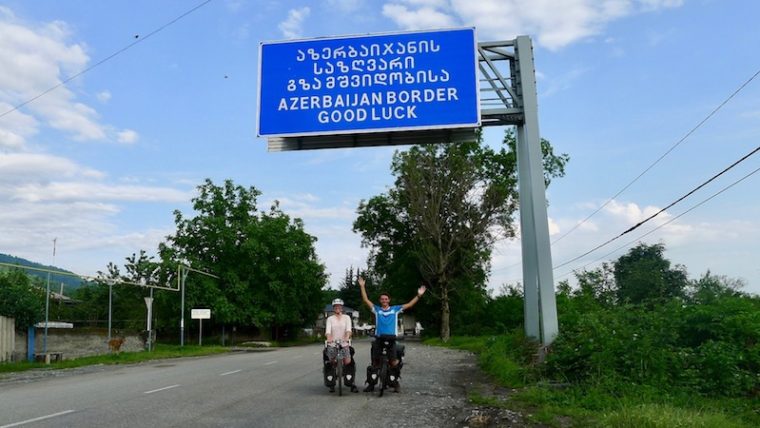 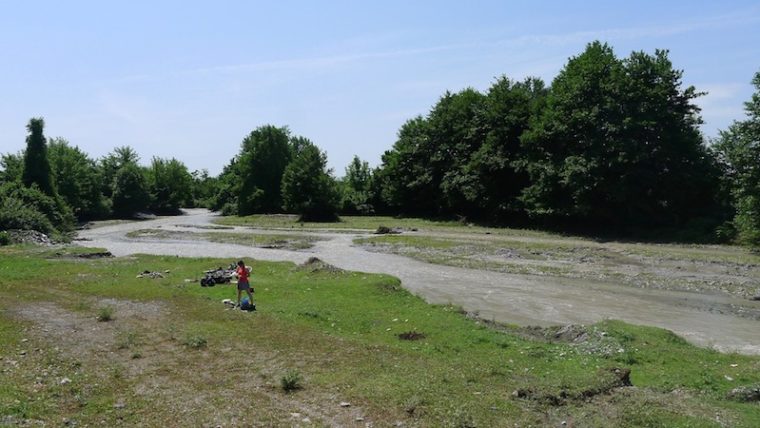 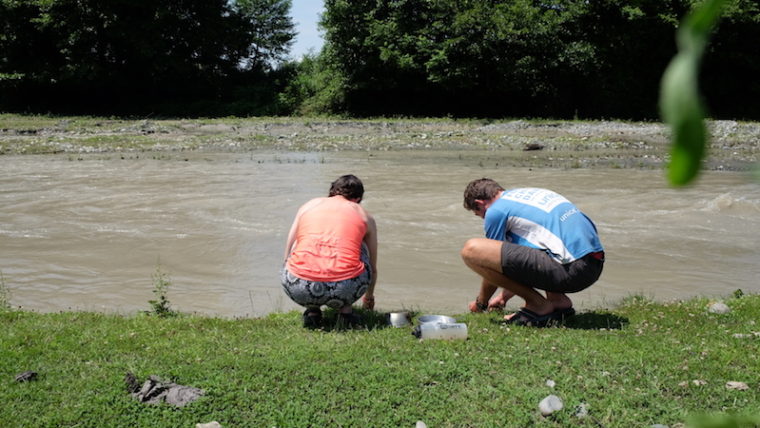 Dan and I fell easily into travelling team mates and we cycled through northwest Azerbaijan in grey weather but happy spirits. 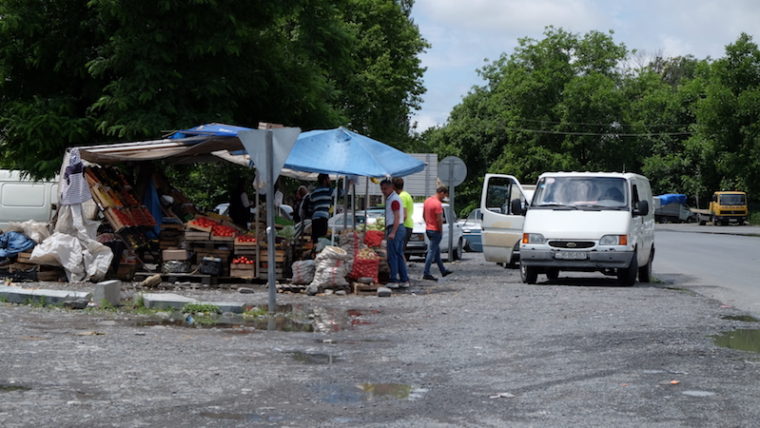 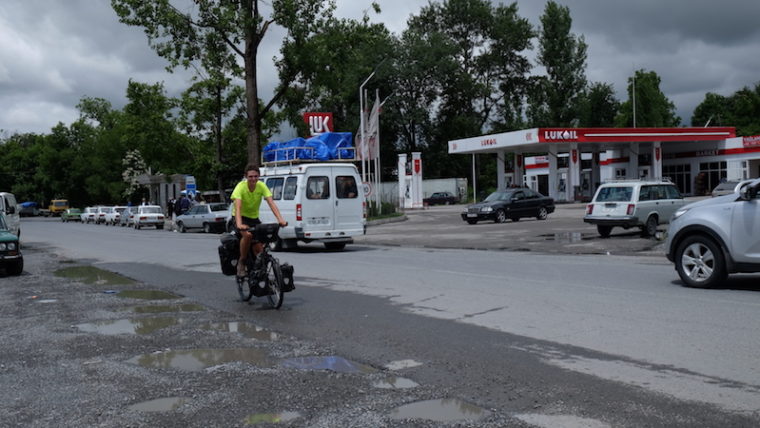 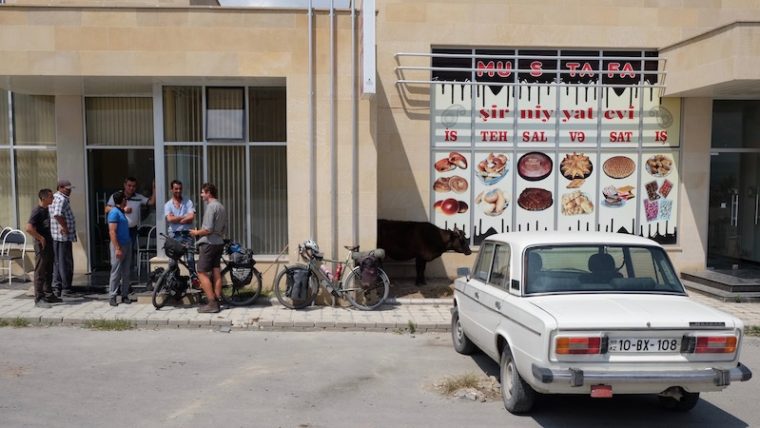 We stayed at the Sheki caravanserai, a beautifully maintained (and surprisingly cheap) accommodation for travellers of the once busy silk road. It was a marvellous experience to think of the caravans of camels, horses, people and goods that have passed through this building over the centuries. (Also featuring Dan on a plastic camel.) 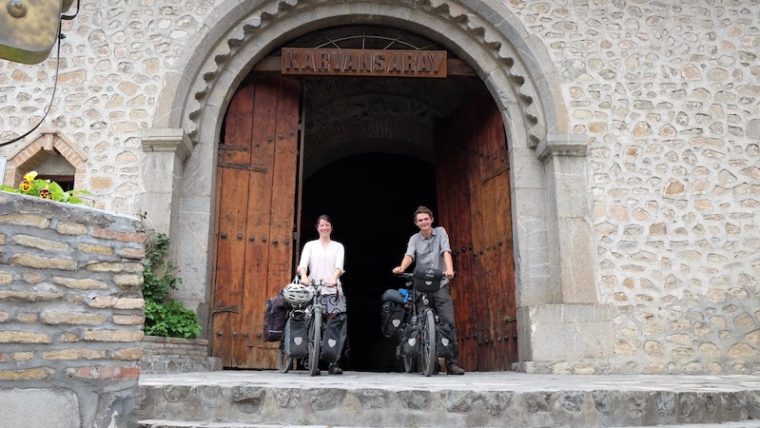 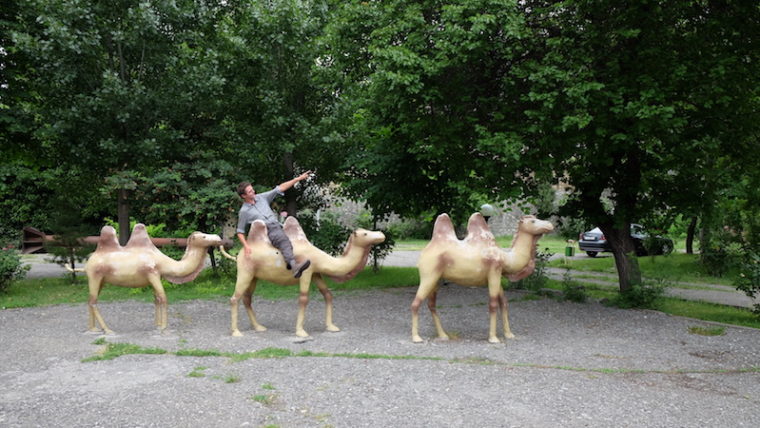 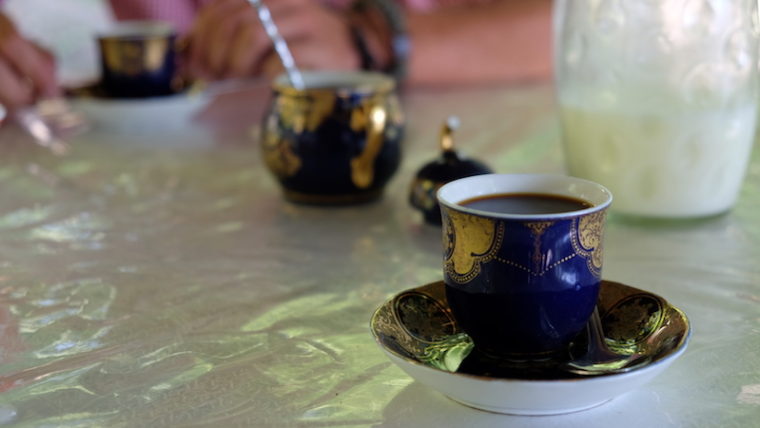 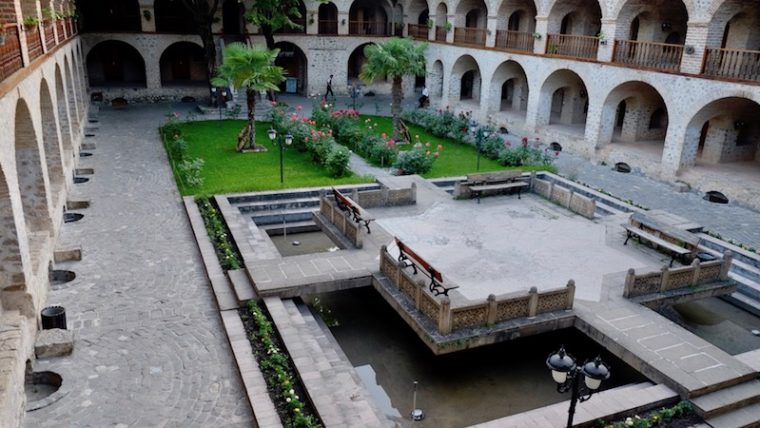 We slept one night in an almost-finished building and fashioned a table and bench in our “back garden”. 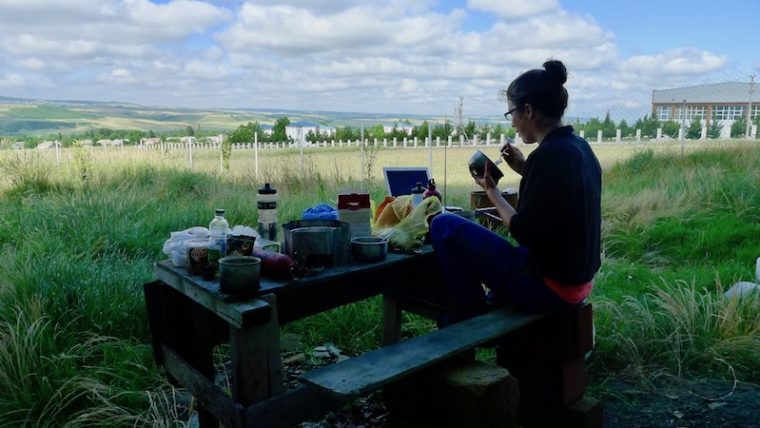 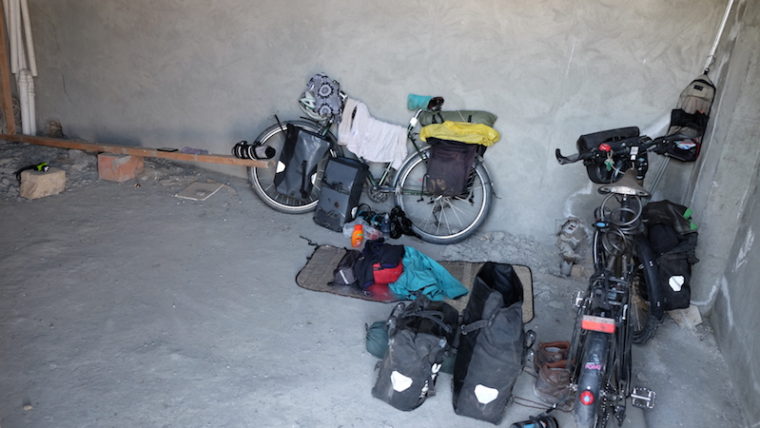 Another night we slept next to a river. Mulberry season is upon us so as well as decorating our campground and tents with black smudges, these sweet treats offered a delicious addition to breakfast porridge. 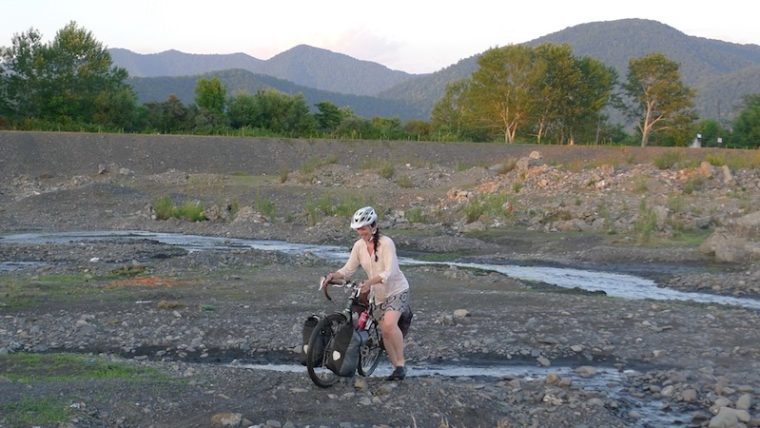 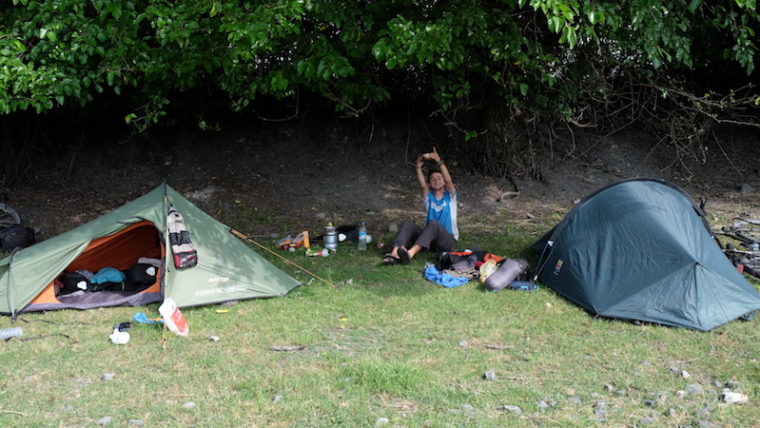 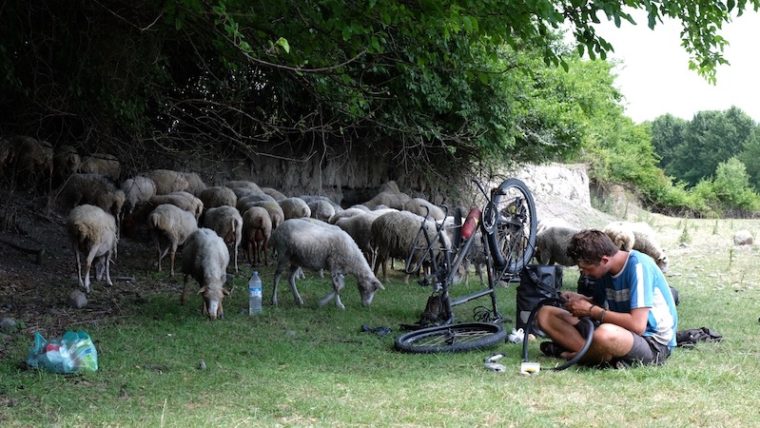 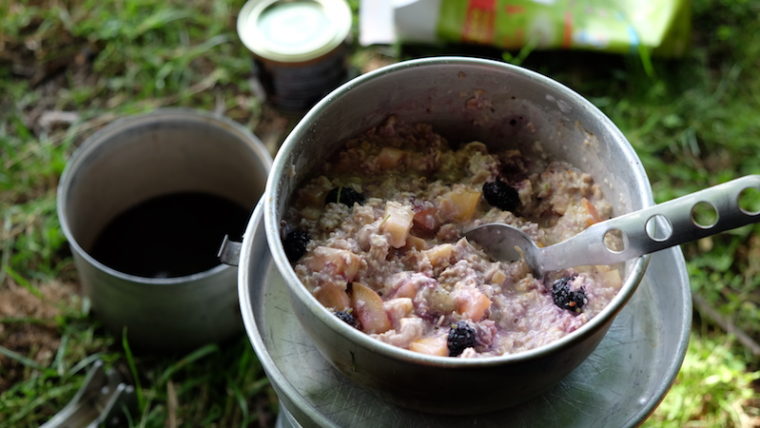 Northwest Azerbaijan is set in the foothills of the Caucasus mountains and is green and fertile. About 100km west of Baku however – just after a couple of large valleys – you suddenly find yourself surrounded by a semi-desert. 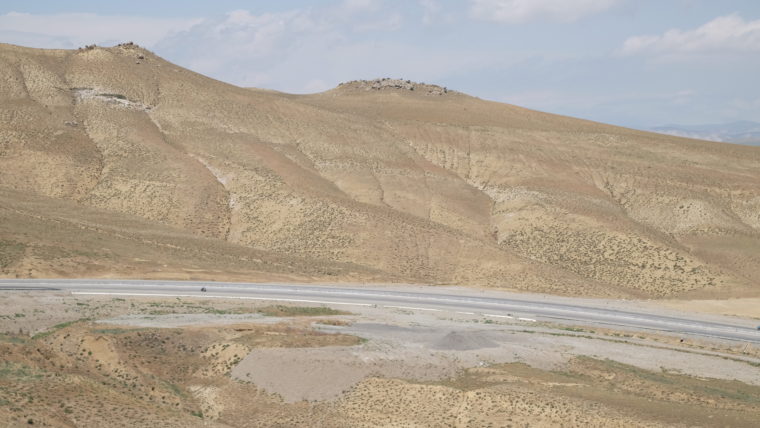 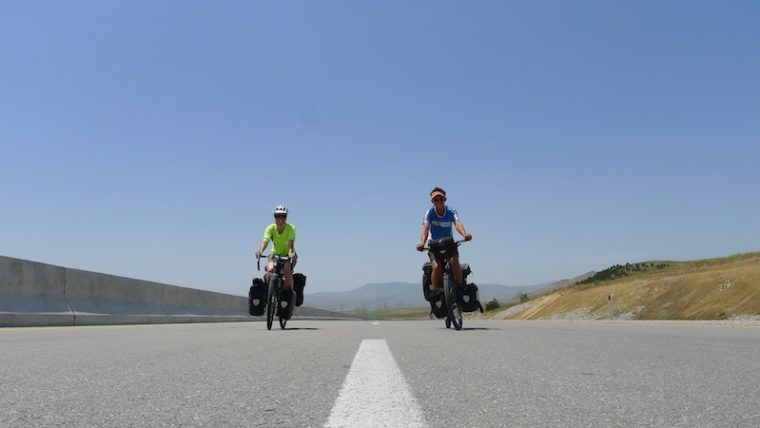 Then Baku. As usual after a week of cycling and camping, once we arrived at a hostel, we collapsed into a sofa and our legs refused to stand up again for about 24 hours. We did a little exploring, although somewhat prohibited by the set up for the F-1, and we caught up with some other touring cyclists in the city. Dan and I also spent time exploring the city with Ruslan, a generous and kind oil-rig engineer from Baku that we found in a bike shop. He demonstrated the on-going generosity that the Azeri people had shown us throughout the country: there seems to be an embedded desire to show good hospitality to guests and moreover to enjoy hosting guests. 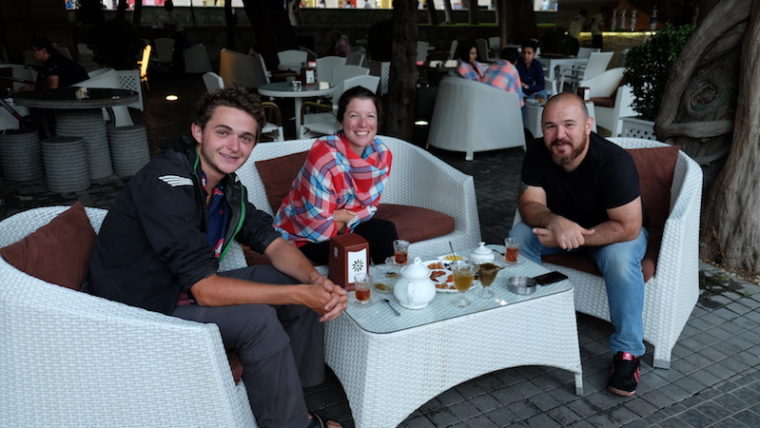 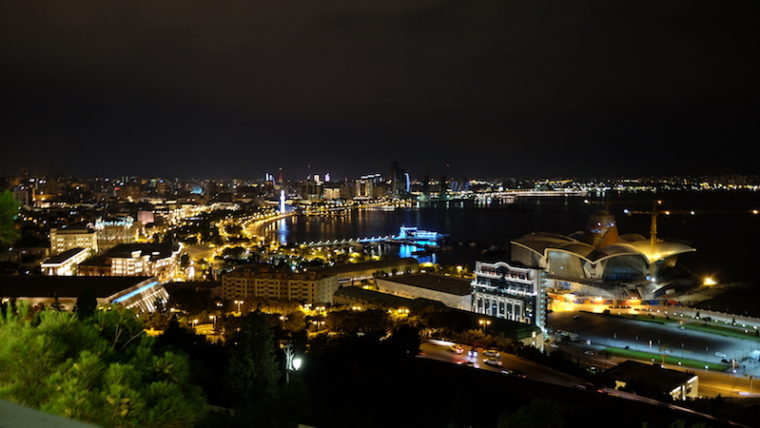 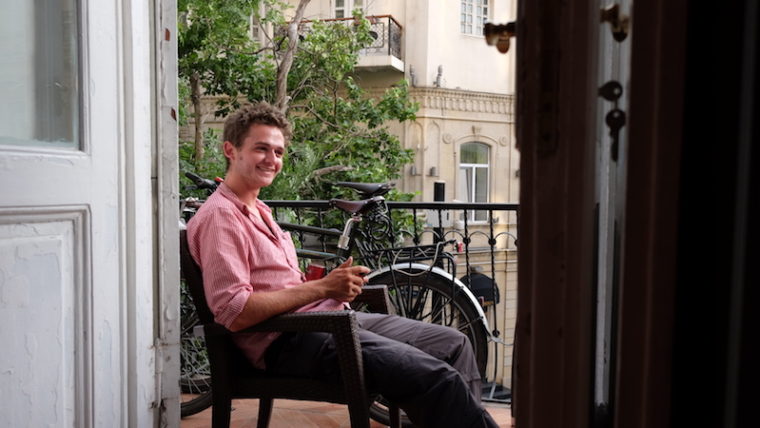 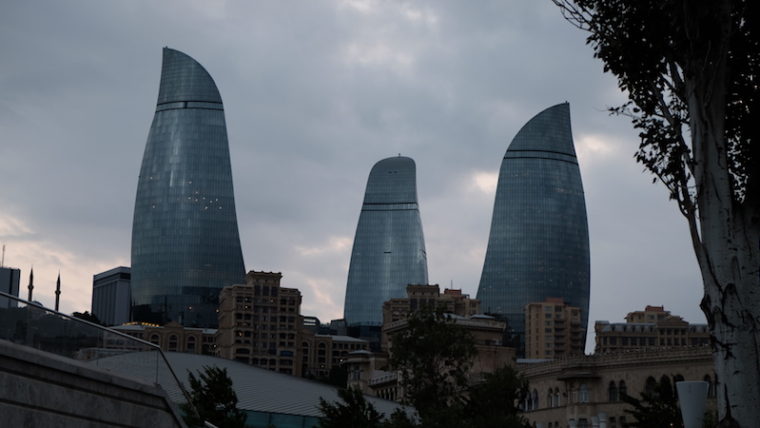 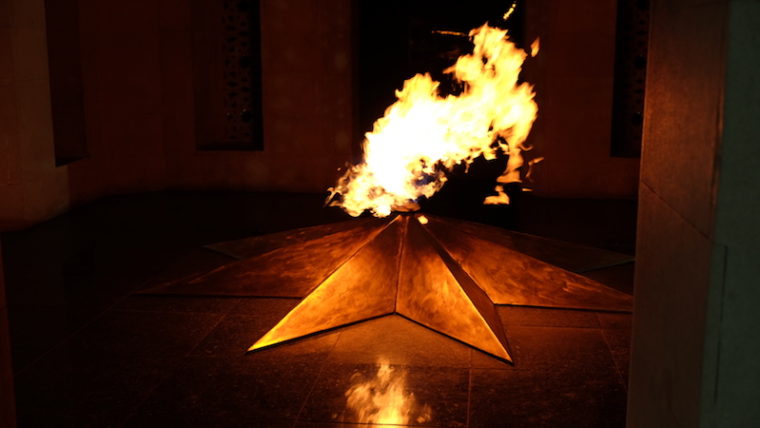 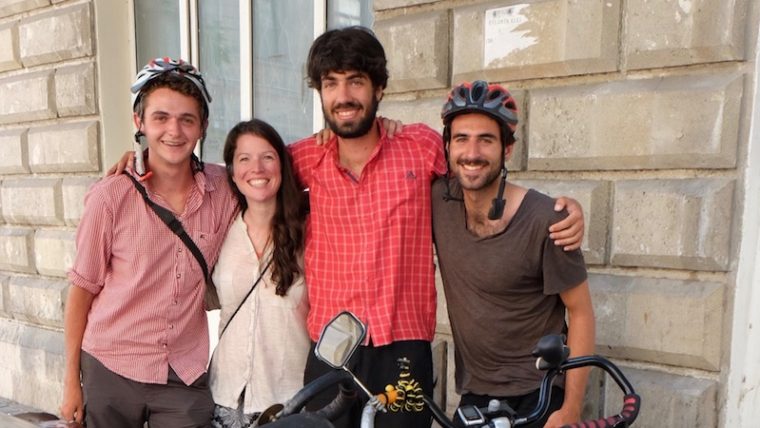 I bid farwell to Dan and the other touring cyclists, who are all waiting for the unpredictable boat to Aktau to continue their road east. I left Baku and head to the northern Azeri city of Quba. 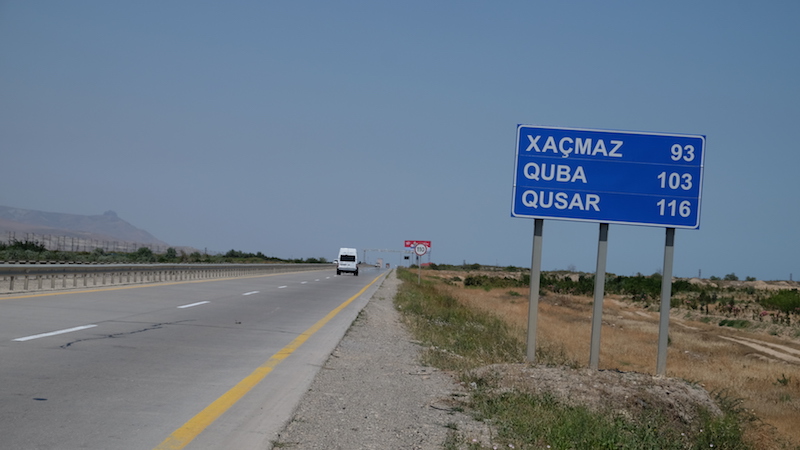 The plan is to head north to Russia to cycle through Dagestan, Kalmykia and Astrakhan, which conveniently gives me the opportunity to leave the bike in Dagestan and catch a train to Moscow to see university friend Paddy Reevell. This train is 38 hours long. Turns out Russia is quite a big country! Next stop will be Kazakhstan around the last week of July.